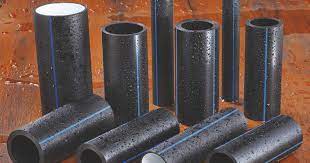 Over time, the world has seen a lot of developments in different fields and a majority of these developments have helped mankind grow into a better race. One of those many developments is the development of the HDPE coil pipe which is now being used on a global scale to accomplish some of the most unimaginable feats. HDPE coil pipe has a variety of applications, but today, we are going to explore why an HDPE pipe is the best way to transfer corrosive fluids with the help of the following list of five reasons. So without any further ado, let’s get started.

1. THEY ARE EASY TO TRANSPORT

HDPE pipe manufacturers in India have made sure that they provide their customers with enough facilities to transport the pipes ordered by them. Now, HDPE pipes do not really require a lot of effort to get moved from one place to another because of the way they are packaged. Especially if we are talking about an HDPE coil pipe, then it is extremely easy to roll that coil on an upward slope which is joined directly to the mouth of a carrier vehicle. From then, it becomes extremely easy to transport them to their destinations.

2. THEY ARE EXTREMELY FLEXIBLE

If the HDPE pipes were not flexible enough, then it would have become very difficult to roll them into coils and then use them for different purposes. The flexibility of HDPE coil pipes has made it easier for professionals to work with them and it has even made it possible for many individuals to transport these pipes from one place to another. This particular quality of an HDPE pipe makes this pipe one of the best pipes to have ever exist and the manufacturers should be thanked for maintaining an adequate supply of this pipe.

3. THEY OFFER GREAT RESISTANCE TO CORROSION

A lot of HDPE pipe manufacturers claim that the HDPE pipes manufactured by them can offer great resistance to corrosion, but is it really true? Well, if some sources were to be believed then it is indeed true that HDPE pipes are extremely effective against corrosion and they do not give into this natural phenomena because it is made of high density polyethylene which is not vulnerable to corrosion.

4. THEY CAN WITHSTAND LARGE LOADS OF CORROSIVE FLUIDS

HDPE pipes are known to carry a lot of corrosive fluids from different industries and the HDPE pipe manufacturers in India have made sure that they make their HDPE pipes with such a robust material that it becomes impossible for any type of corrosive material to pass through this pipe and harm it along the way.

5. THEY ARE COST EFFECTIVE

It is because of the above-mentioned reasons that an HDPE coil pipe is currently being used all over the world just to make sure that all the corrosive fluids which are manufactured in any kind of industrial establishment have a safe passage. The use of HDPE pipe has not only made it possible for us to deal with these corrosive fluids in the best way possible, but it has also made it way easier for us to deal with any kind of liquid without having to worry about the wellbeing of the pipe in use. 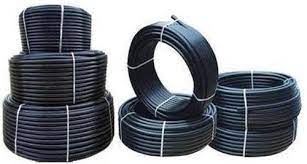 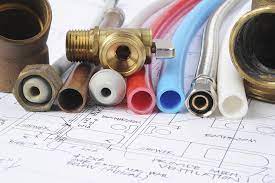